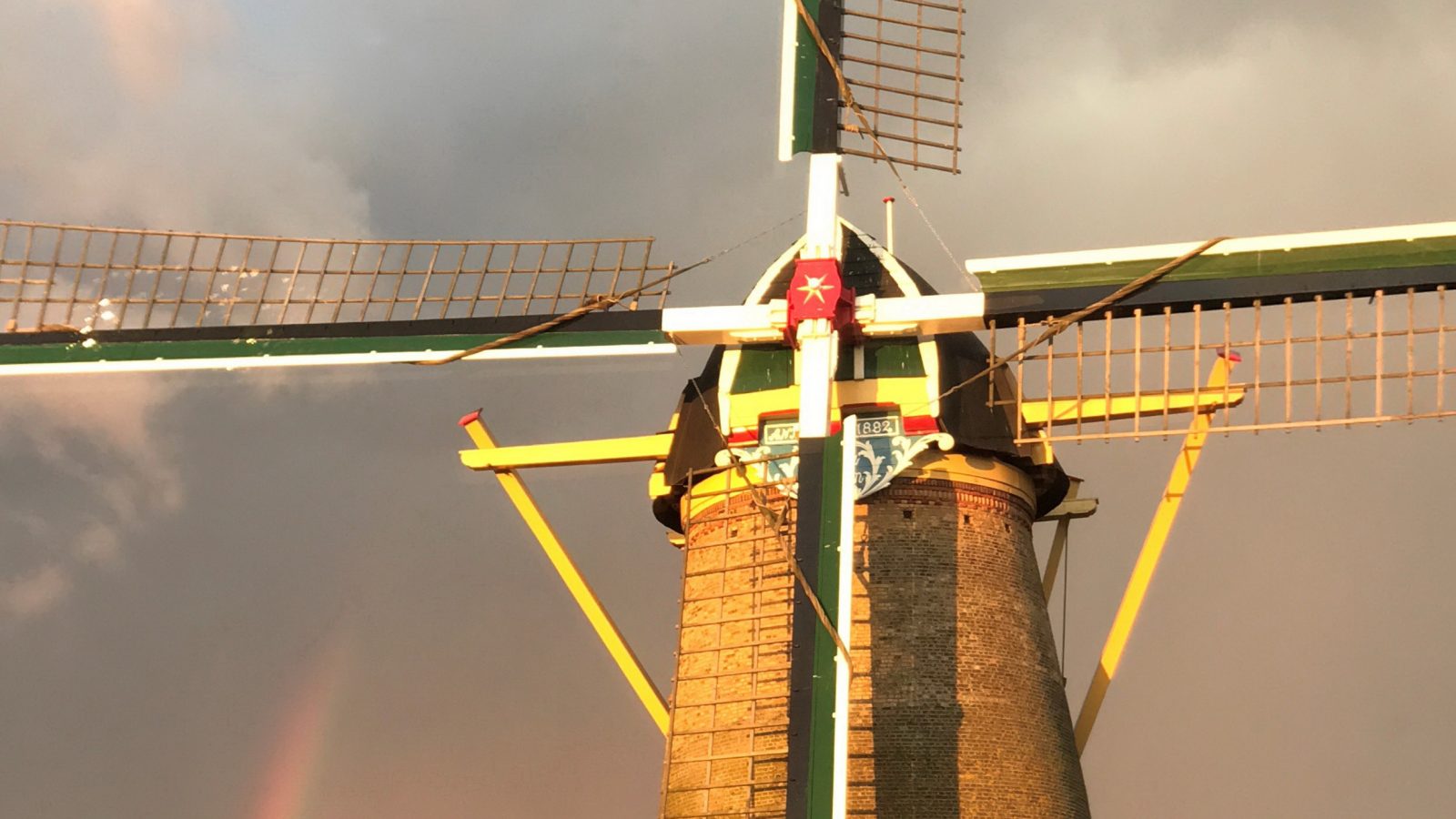 From the Mill Room of our B&B you look straight at the characteristic corn mill “The four winds” from 1882.

After 100 years, the mill was restored in 1983 and various parts were completely rebuilt. Now the mill can be used again and can be visited on Saturdays.

Already in 1311 stood exactly at the same place where “The Four Winds” now stands, a flour mill. The current round stone mill was built in 1882 as the successor to the mill destroyed by fire in 1881.

“The Four Winds” was in business until 1932. In 1957 the mill became the property of the municipality of Monster.

After various restorations, the mill was put into operation again in 1983 and to this day, enthusiastic volunteers from the “Guild of Voluntary Millers” grind wheat into wholemeal flour.